By far the most popular itineraries on our sailing catamaran

Norman Island: This beautiful island is reputed to be the setting for Robert Louis Stevenson’s book, Treasure Island. Adventure can still be found on Norman Island, especially around Treasure Point, better known by locals simply as “The Caves“. The ever-popular caves and coral reefs that surround them provide a memorable experience for snorkelers. The Caves at the Bight are one of the most popular snorkeling spots in the BVI and there are various stories of treasure being found there as recently as the late 19th century! Norman Island is just two and a half miles long with a central ridge that rises to Norman Hill, 427 feet above sea level.

No one lives on Norman except a handful of goats that forage on the steep slopes and many varieties of nesting seabirds; however, there is a modern restaurant called ‘Pirates’ nestled up on the beach in the protected cove known by sailors as the Bight, one of the most protected harbour in the region. Without a doubt the attraction that has made Norman Island World-famous to yachtsmen of our era is the infamous floating pirate ship/bar called “The Willy-T”, named after William Thornton who was born on Little Jost Van Dyke and designed the U.S. Capital Building. 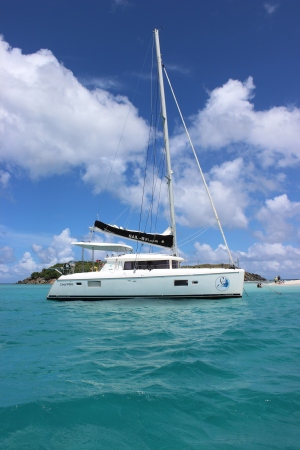 Norman Island is undoubtedly one of the most popular and naturally exciting destinations in the BVI! For yachtsmen, it offers several other safe bays like Soldier’s and Money Bay. Snorkelers will find their ‘Shangri-La’ in the many unexplored coral reef systems. Coming to the BVI and not getting out to Norman Island would be unheard of to anyone ‘in the know’!

Jost Van Dyke and Cane Garden Bay: Jost Van Dyke by Sea…Sandy Spit, this picturesque, deserted island is what you came to the Caribbean to experience! A few Coconut palms and Sea Grape trees anchored on white sand and surrounded by a barrier reef. The snorkeling is exceptional on the shallow wall off the South shore! Sandy Cay has a wonderful eco-hike through the manicured botanical trail that affords 360 degree views of all the nearby islands including Tortola‘s North shore.

Spend time in the popular Cane Garden Bay to visit Callwood Rum Distillery. This landmark is still producing a small amount of rum in much the same fashion as it did over two centuries ago! It is the only true distillery still producing rum in the BVI. Their process is age old, all natural and uses no preservatives. Housed in their original stone plantation building in Cane Garden Bay, it can be visited on any tour we offer visiting the North shore of Tortola. Have a look around, take the guided tour, and sample the rums. Ask for the ‘Panty Dropper!’

Snorkeling in Great Thatch.  It’s in a spectacular Marine Sanctuary/BVI National Park that is “off the beaten track” and the reefs are super healthy and full of life!  Over 70 species of healthy, resplendent coral and lots of fish and marine life. Turtles and Spotted Eagle rays are very commonly seen here.

Others itineraries are also available on request, it is your day, we will go where you want!